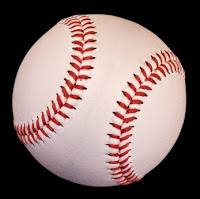 The good people at Washington FEAST were kind enough to pass the following news on to Food Allergy Buzz. A special thanks to Michael San Soucie for this info, and thanks to the individuals and groups responsible for arranging the peanut-free zone baseball games in Seattle and Tacoma this season.
"The Seattle Mariners are doubling their efforts this year to provide baseball in a safer environment for those with peanut allergies. We thought we had fun last year going to two Mariner games. For the 2009 season, they will be offering FOUR games during the season with a peanut free zone. And due to your requests I received and passed on to the Mariners, the first one is a Sunday day game! Play Ball!
Here are the dates, times, and opponents for the games being offered this upcoming season. Keep your eyes out for more information at a later date regarding ticket pricing and how to purchase tickets.
Game #1 - Sunday, May 3rd, 1:10pm vs. Oakland A's (this is Little League Day so kids may have the opportunity to go on the field before the game if you are comfortable doing that - more details on that later)
Game #2 - Wednesday, June 24th, 7:10pm vs. San Diego Padres (a little interleague play for the National League fans)
Game #3 - Tuesday, July 7th, 7:10pm vs. Baltimore Orioles
Game #4 - Monday, August 10th, 7:10pm vs. Chicago White Sox
The Mariners are also moving our group a bit closer to home plate this season. Our seating area will be sections 313 to 315 which provides somewhere between 200 and 250 seats per game depending on how we establish the safety buffer zones. Last seasons sections accommodated right around 150 per game with the buffer zones.
Also remember that Seattle Children's Hospital is sponsoring another baseball event on Sunday, May 24th at the Tacoma Rainiers game. This event will be held on one of the party decks at Cheney Stadium. The party decks provide a great atmosphere for watching the game and mingling at the same time."
Posted by Unknown at Saturday, March 14, 2009

This is the sister blog of a great food allergy blog, Food Allergy Buzz. Go on over and check it out!!!